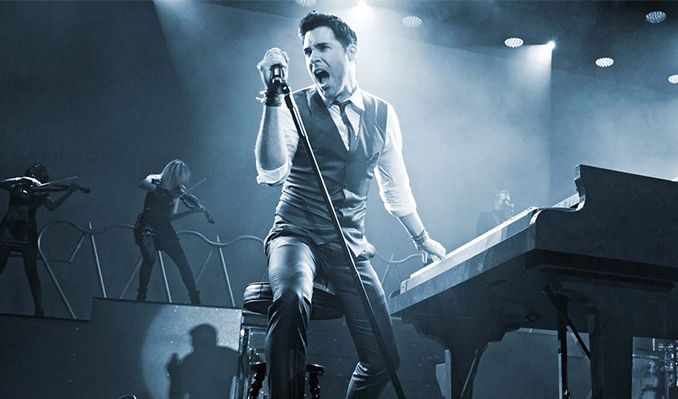 With 4 Top Ten Albums under his belt, an Emmy Nomination, and being named Las Vegas Headliner of The Year 3 times running, Frankie Moreno is wowing audiences from coast to coast with his own brand of musical genre-blurring Rock N’ Roll.

As a child prodigy on the piano and a gifted multi-instrumentalist, Frankie was first introduced to American audiences at the age of ten with his debut on CBS’s “Star Search”.

His performance on ABC’s “Dancing With The Stars” brought him into America’s living rooms again performing his self-penned hit “Tangerine Honey”. He has continued with more television appearances, magazine covers and sold-out concerts including Carnegie Hall, The Kennedy Center and The Hollywood Bowl.

In addition to touring the world from Paris to Oslo, and Tokyo to Seoul, Frankie continues to write and record new music constantly. Now, reaching 1 million record sales worldwide, Frankie has released 6 albums charting on Billboard in 2018/2019 alone. He is the first artist to ever have 4 albums in a Top-Ten chart on Billboard in a one year span, making Billboard Magazine and music history.

Frankie’s collaboration for Sony Records with world-renowned violinist, Joshua Bell, reached #1 on the Billboard charts in two separate categories. Other artists included on this album were Sting, Josh Groban, Chris Botti, Kristin Chenoweth, and Regina Spektor. Together they filmed "Great Performances: Live at Lincoln Center" for PBS. Frankie and Joshua have since recorded another album together, which reached #8 on the Billboard charts, featuring Placido Domingo, Gloria Estefan, Allison Krauss, Chick Corea, and many more.

Frankie toured the U.S. with Grammy nominated country artist Billy Currington and country superstars Sugarland. Frankie has also joined multi-platinum artists Air Supply for their world tour as musical director, and wrote their radio single “Dance with Me”, reaching #7 on the Top 40 Billboard charts, along with several other songs on their album.

Frankie Moreno continues to command audiences with his highly contagious music and playful stage antics. His songs are cleverly crafted and his musicianship is virtuoso. He is unquestionably a unique artist and an all-around talent who puts his heart and soul into his music.