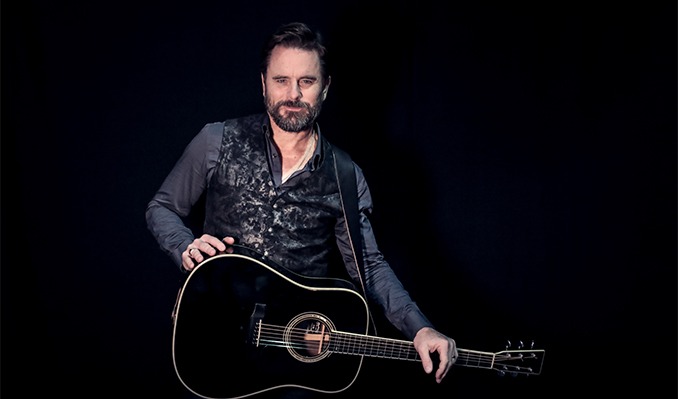 Charles Esten stars on CMT’s NASHVILLE in the role of Deacon Claybourne.  Born in Pittsburgh, PA, Charles “Chip” Esten grew up in Alexandria, VA.  After starting his acting career in Los Angeles, he was pleased to make his theatrical debut in London, portraying Buddy Holly in the hit West End musical “Buddy.” In that role, he was honored to perform for H.R.M Queen Elizabeth and then, for President and Mrs. George H.W. Bush at both The Kennedy Center and The White House.

Esten has performed 100 live shows over the course of the last year, all while filming NASHVILLE 10 months out of the year.  He has performed at CMA Fest, Stagecoach, the C2C Festival in London, the CMC Festival in Australia, the Ryman, the Bridgestone, Carnegie Hall, the White House, the Country Music Hall of Fame, the Royal Albert Hall, the O2, and the Grand Ole Opry — where he has performed over 95 times.  This summer, Charles is set to kick off the long-running CMA Fest from Nissan Stadium in Nashville.  This summer he will be headlining his first solo shows in Germany.

In addition to his role on NASHVILLE, he has appeared in many films and television shows, including "Whose Line Is It Anyway?" "The Office” and hosted the 2017 CMT Awards.  A singer and songwriter who began performing on stage when he was in college, last year Charles became the only artist ever to release 54 consecutive songs via his #EverySingleFriday project (July 2016 - July 2017). His songs are all available on iTunes, and on Spotify, where his music has been streamed worldwide over 7.9 million times.

He is proud to serve as the National Light the Night Walk Honorary Chair for the Leukemia and Lymphoma Society.  Esten and his wife have two daughters and a son.

Facebook
*Service and handling fees are added to the price of each ticket.