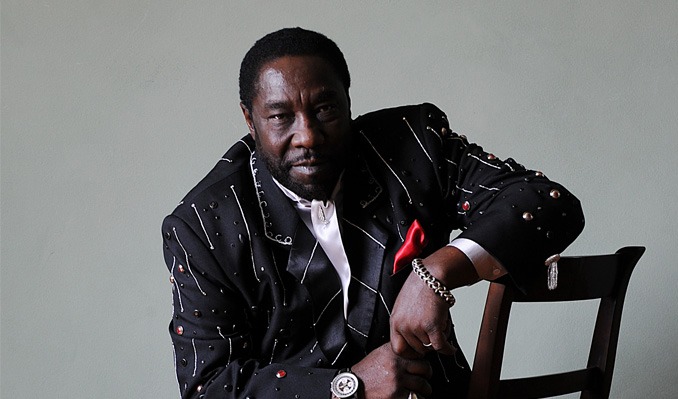 Asked what keeps his energy and creativity flowing six decades after co-founding the iconic R&B group the O’Jays?  Rock and Roll Hall of Famer Eddie Levert invokes one of the #1 classics from their 70’s Philadelphia International Records: “At the risk of sounding cliché…I love music! If it’s good, it’s good, and you can’t beat it.”

On the heels of their critically acclaimed 2019 S-Curve/BMG release The Last Word – officially announced as the group’s final album – Levert is jazzed about hitting the road as a solo performer for the first time in his illustrious career.  Creating a fresh presentation for a tour of intimate venues throughout the country, Eddie will hit the road solo from February through May 2020. Over the years, Eddie performed spot solo dates at galas and events, and he toured South Africa with his late sons Gerald and Sean (of the group LeVert) in 2006. The upcoming string of dates will be the first time the singer will be headlining himself for an extended period.

“It’s a whole new adventure for me, and I’m very excited about it,” Eddie says. “Unlike when I do an O’Jays tour with (group co-founder) Walter (Williams) and Eric (Grant) where we play the large halls and theatres, the key is sticking to smaller clubs and wineries, like the 500-seat Bethesda Club in Bethesda, Maryland, where I will be performing on Valentine’s Day. I want to be able to be close to the audience and touch them in very personal way, and that can only happen when there’s very little distance between me and them.”

While Eddie promises that his set will include O’Jays crowd-pleasing classics likehis Time Baby” and their pre-Philly era hit “One Night Affair.” Eddie will include a few songs from The Last Word, including their socio-politically charged single “Above The Law.”

The singer is also looking forward to performing popular material from his personal discography, including his 2016 single “Say It Ain’t So” (which scored airplay on SiriusXM).  He will also perform hits he recorded in the 90’s with his late son Gerald for Levert, including the #1 Billboard R&B hit “Baby Hold Onto Me,” tunes from the duo’s 1995 gold-selling #2 R&B album titled Father and Son;  and their 2007 follow-up Something to Talk About, released shortly after Gerald Levert’s untimely passing.

“I also hope the fans who come to see me do my own show, will have fun with the cover songs I’m going to do, which showcases some of my favorite legendary artists and songs that have personally inspired me throughout my career,” Eddie says. “We’re talking Sam Cooke’s “Twistin’ The Night Away” and “Having a Party”;  and some Bobby ‘Blue’ Bland and Marvin Gaye tunes. I’m going to have a little more freedom in what I sing and what I say, and I don’t plan to stick to a specific script every night. I can change up anything I want to, and play it by ear.”

Eddie continues, “As great an experience as it is touring with the O’Jays, people come to hear the hits, and so we’re drawing from a bag where we have to do the same tunes we’ve sung a million times - and everything, from the arrangements to our moves, are perfectly choreographed,” Eddie says. “The whole reason for this tour is to mix it up and explore songs that I love and recorded with Gerald, that many coming up now may never have heard, along with great, rarely heard O’Jays tunes and songs that have influenced me as an artist.”

Born in Bessemer, Alabama, Eddie’s musical journey began singing in the church choir – and then a gospel radio show - throughout his childhood in Canton, Ohio, where his family moved when he was six. In high school, he teamed up with classmates Walter Williams, William Powell, Bobby Massey and Bill Isles, to form a group called The Triumphs, who were renamed The Mascots by the president of King Records, who signed them to their first deal. After scoring a minor Cleveland area hit, they took the name “The O’Jays” as a tribute to Cleveland disc jockey Eddie O’Jay, and in 1963, the group scored their first national Billboard chart hit “Lonely Drifter.”

Their crossover pop/R&B success throughout the 60’s with hits like “Lipstick Traces,” “Stand In For Love,” “Look Over Your Shoulder” and “Deeper in Love With You,” led them to perform with popular acts of the era from Sonny & Cher to the Dave Clark 5 and Paul Revere and the Raiders. The O’Jays began their string of platinum albums and Top Ten hits with Philadelphia International Records and the songwriting/production team of Kenny Gamble and Leon Huff with “Backstabbers” in 1972 – a journey that would ultimately earn them inductions in the Vocal Group Hall of Fame, the Rock and Roll Hall of Fame and Grammy Hall of Fame, the latter for “Love Train” and “For The Love of Money.”

“The music of that time when we recorded those Philly International hits was very heartfelt, and the lyrics were saying something everyone could relate to – and can still relate to today,” Eddie says. “The message of a song like ‘Love Train’ is just as relevant now as it was back then, and people are still jamming off it because of what it says and the way it feels. And the love songs were the kind that would inspire someone to look at their lover and say, ‘That’s our song, baby.’ As much as I cherish the hits everyone can still sing by heart, I’m really excited about sharing other aspects of my career and more of the music I love. It’s another beautiful way to say thank you to those who have been loyal to the music and messages throughout my career.”