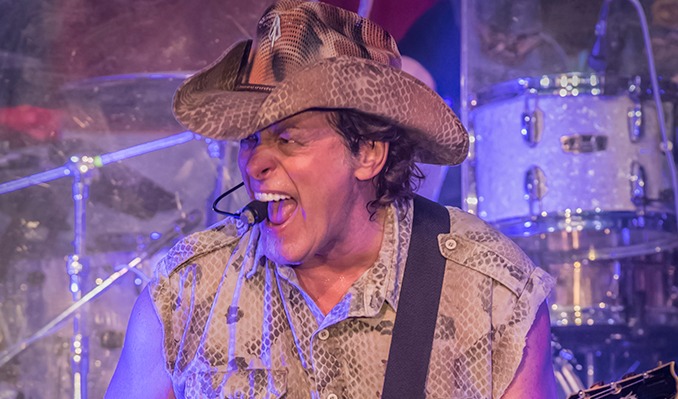 The incomparable guitar genius & firebreathing intensity of TED NUGENT have carved him a permanent place among the legends of rock. Hailing from Detroit, the guitarist's prodigious talents, earshattering volume & over-the-top onstage antics quickly earned Young Ted the moniker of "Motor City Madman," along with international acclaim.

The sounds he wrings from his almighty Gibson Byrdland leave audiences gasping for breath & begging for more.  To millions of guitar lovers everywhere, TED NUGENT is rock & roll.

Official WebsiteMySpaceTwitterFacebook
*Service and handling fees are added to the price of each ticket.