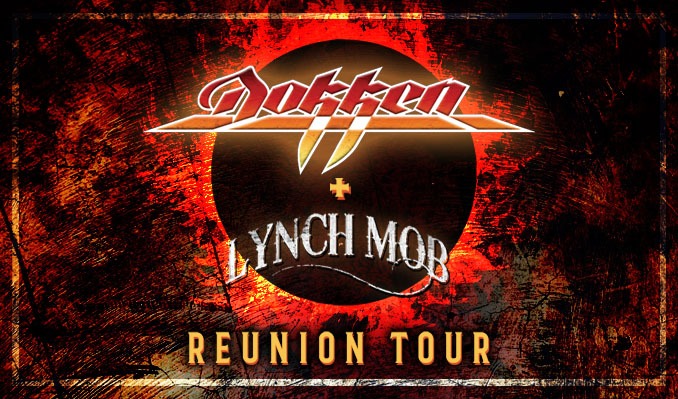 During the 1980's, the music scene produced a multitude of hard rock clones. It seemed as if every singer screamed the same, and every guitarist was trying to sound just like the next. Thankfully, the 80's also saw the rise of one of the most respected vocalists of the decade, Don Dokken. With his unique voice, and passionate style, he helped to make the band Dokken one of the biggest acts of the 80's hard rock scene.

Don Dokken has always had a love of music. In the late 1970's, he was playing in a band called Airborn, and had the opportunity to nail down a record deal in Germany. After seeing the band Xciter, and future bandmates George Lynch and Mick Brown, he knew that they would complete the band that would land the deal. Although Lynch and Brown weren't interested in joining forces with him when he first contacted them, he went ahead to Germany.

Don must have had a premonition that the three of them would eventually end up working together, because, with the help of one of Xciter's songs, he did get the deal. He finally convinced Lynch and Brown, along with bassist Juan Crouchier, to join him in Dokken soon after he received the German deal. In 1983, America saw the release of the first Dokken album, "Breaking the Chains," but it wasn't until their sophomore release, "Tooth and Nail," that people began to take notice. Don's strong vocals, coupled with Lynch's blazing guitar playing and the steady rhythm section of Brown and their new bassist, Jeff Pilson, guided Dokken to imminent fame as one of the biggest rock bands of the 80's. Together, they decided to reform and record a new Dokken album. Since 1994, Dokken has released four studio albums, three live CDs, a Greatest Hits album, as well as their first two DVDs. Dokken also lost George Lynch, gained Reb Beach, lost Beach, gained Norum, lost Norum and is now kicking off a new era with guitarist Jon Levin. One thing has remained constant over the years - there is never a dull moment when Dokken is involved. Many fans of the 80's metal scene applauded Dokken for rejoining and putting out a new album when the music scene was so saturated with "Modern Rock." Don has been adamant about bringing hard rock music back from the grave that so many had believed it to be buried. When Don Dokken sings, people listen. When he gets up on the stage, people support him. Don is a musician that has come a long way from those days with Airborn. He has demonstrated to all of us what can be acheived when you stay true to yourself and your dreams. His belief is that rock will rise again, and he can take pride in the fact that he and Dokken will have helped pave the way. Now with his 2nd solo album "Solitary", we all know why Don Dokken is a legend.
Read More
*Service and handling fees are added to the price of each ticket.