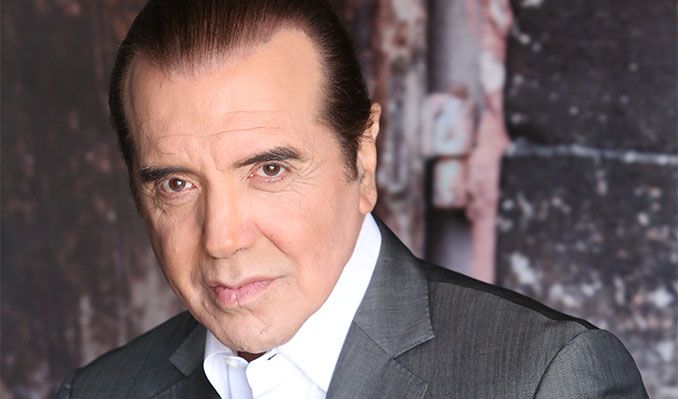 Chazz Palminteri is an Academy Award nominated Actor/Writer/Director best known for his iconic play and film, A Bronx Tale. He started out pursuing his craft by studying at the Actor's Studio with Lee Strasberg and quickly landed roles on off- Broadway, Broadway and in television.

Well known for his unique ability to create the lovable tough guy Chazz wrote A BRONX TALE while a member at Theater West in LA. His Machiavellian fable was based on his childhood and life experiences growing up in his Italian – American Bronx neighborhood. Palminteri wrote the stage play and performed it as a one-man show in Los Angeles quickly becoming the hottest property in Hollywood since ROCKY. Mr. Palminteri was offered over one million dollars to walk away from the project and with $200.00 left in the bank he refused. He wanted to play Sonny and write the screenplay however the studios were not willing to give an unknown a shot. Until one night when Robert DeNiro walked in to see the show and as they say ”the rest is history.” He then moved the production to a larger theater in New York City where it played to rave reviews and four sold-out months earning him nominations for the New York Outer Critics Circle Awards for both acting and writing. While in New York he completed the screenplay of A BRONX TALE and soon found himself starring opposite Robert DeNiro, who chose the script for his directorial debut.

Currently Chazz has written and performed in A Bronx Tale the Musical for Broadway at the Longacre Theater, the latest incarnation of the Bronx Tale brand. After two and a half successful years on Broadway, the musical is now on tour across the country and can be seen in every major city in the US.

Currently filming in NYC, Chazz can be seen in next year’s newest drama series, Gangsters of Harlem along side of Forrest Whittaker and Vincent Donofrio.

Along with his career as an actor/writer/producer/director Chazz’s passion as a mentor and teacher is obvious when he speaks to the many students who flock to his sold out classes at The One on One Studios in NYC. He is proud to bring his special method of acting to the next generation of actors.

He is a member of the Actors Studio in NYC where he is writing and performing a new drama for the stage.

Chazz received the 1996 Leadership in Entertainment Award from the Coalition of Italo-American Association, Inc. and was honored by President Clinton with a Special Achievement Award for the Performing Arts from the National Italian American Foundation in Washington, D.C.

Chazz, his wife Gianna Palminteri and their life long friend and attorney Philip Foglia created The Child Reach Foundation which addresses issues of child welfare, health and research for blood diseases such as Thalasemmia, arts & education and grants for the police department and their families in need.

Official WebsiteFacebook
*Service and handling fees are added to the price of each ticket.