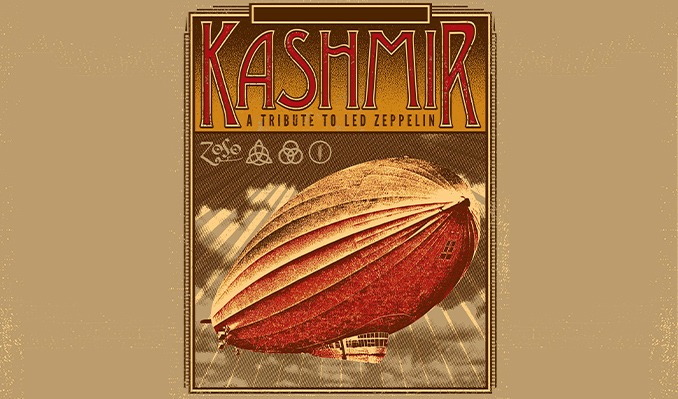 Kashmir, the nation’s #1 Led Zeppelin tribute show, it is the most authentic representation of Led Zeppelin on the modern national touring scene. Each of the 4 band members assumes their individual role with pinpoint accuracy. Kashmir possesses the live stage show, sound, and likeness to bring audiences and fans back to the days when the mighty Led Zeppelin ruled the musical landscape.

With the playlist of every classic rock station and the most identifiable voice in rock history, Kashmir’s show features Page’s iconic double-neck guitar, Bonham’s drum solo, the stage show of the era, and most importantly, the greatest hits that make up the soundtrack to peoples’ lives.

For those who dream and wish to experience a live Led Zeppelin show, dream no more—Kashmir will fit the bill, hitting every stop along the way, leaving you thirsty for more.